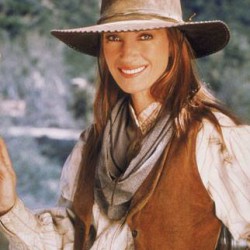 Japan’s Prices Rise Most Since 2008 in Boost for Abe

Japan’s consumer prices increased at the fastest pace since 2008 in July, as energy costs rise and Prime Minister Shinzo Abe makes progress in pulling the economy out of 15 years of deflation.

Consumer prices excluding fresh food climbed 0.7 percent from a year earlier, the statistics bureau said today in Tokyo. That exceeded the median estimate of 29 analysts surveyed by Bloomberg for a 0.6 percent gain. Industrial output increased a less-than-forecast 3.2 percent from the previous month.

“Japan is moving into real inflation,” said Junko Nishioka, chief economist at Royal Bank of Scotland Group Plc in Tokyo and a former Bank of Japan official. “Today’s data is encouraging for the BOJ, and they are likely to keep monetary policy on hold.”

Higher energy costs following the shutdown of the country’s nuclear reactors drove prices higher as the BOJ rolls out an unprecedented easing that helped spur a third straight quarter of growth. The central bank’s pledge in April to double the monetary base over two years has weakened the yen, which has tumbled 20 percent against the dollar over the past year, making imported oil and wheat more expensive.

Stripping away energy and fresh food prices, deflationary pressures showed signs of easing. By that measure, prices fell 0.1 percent in July, slowing from a 0.2 percent decline in June, today’s report showed. It was the smallest drop since February 2009, and less than a median forecast for a 0.2 percent drop in a Bloomberg survey.

A sales-tax increase planned for April threatens to damp the economy’s recovery even as it would help to shore up the nation’s finances. Bank of Japan Deputy Governor Kikuo Iwata this week called for patience, saying it would take more time for the central bank’s unprecedented monetary easing to trigger “persistent and steady pickups in prices and wages.”

The BOJ’s loosening is “in its early stages, and I hope you will be patient enough to see its effects permeate the economy,” he said.

Wheat prices in Japan, which imports 60 percent of its food, will increase for the third time in a year on a weaker yen, with imports sold by the government to flour millers including Nisshin Seifun Group Inc. (2002) rising about 4.1 percent on average in October, the ministry of agriculture said on Aug. 28.

Oil rose to the highest level in two years this week on concern that a conflict in Syria may spread and threaten supply from the Middle East. Gasoline prices at home stayed at 160.2 yen ($1.64) per liter for a third straight week, the highest since October 2008, the trade ministry reported on Aug. 28.

“Price are rising, basically because of rising energy costs,” said Masamichi Adachi, a senior economist at JPMorgan Chase & Co. in Tokyo and a former BOJ official.

Abe has summoned 60 economists, business leaders and representatives of consumers to discuss this week whether to lift the sales tax to 8 percent in April from 5 percent now, followed by another increase to 10 percent in 2015.

He will make a decision by early October, taking into account views of those people and economic data, including revised gross domestic product data for the second quarter on Sept. 9. Preliminary data showed annualized growth of 2.6% from the previous quarter.

Green Cleaning... What a Great Scam!

Many ideas and theories behind "Green Cleaning" are great. I truly believe most people's and even company's hearts are in the the right place. But, just because you put the word "Green" on the label and throw up a picture of a leaf (don't look at our logo) doesn't mean it's environmentally friendly.

I believe our best plan for minimizing our carbon footprint, from the cleaning side, is to use common sense more and cleaning products less.

Here are 6 ideas to help accomplish this goal:

1. Use the least amount of cleaning product possible

Most green cleaning products have the "green" title because the chemicals they use or don't use are supposed to be biodegradable and/or less harmful if they find their way into the ground. I'm sure that is true, but our goal shouldn't be to find the most ecological product, it should be to use as little cleaning product as possible.

Recommendation: Buy only concentrated cleaning products in the largest size you can ormake your own.

2. Be more concerned about the plastic bottle than the chemical inside

The negative environmental impact of the plastic bottle, even if you recycle it, may be far greater than the chemicals inside. The bottles needs to be made, stored, shipped and recycled. Each one of these steps require energy and fossil fuels.

Recommendation: Buy good quality trigger sprayers (the good ones will last a long time) with your favorite sized bottles and reuse them. Use 1- to 5-gallon containers for storing large quantities or mixing concentrated cleaning products.

3. Buy only the products that you need

Recommendation: A glass/all purpose cleaner and a disinfectant should be your main products. These products should be used in 90 percent of your cleaning tasks. Use specialty products sparingly and as needed.

4. Use microfiber and water as often as possible

Switching Absolute Clean to microfiber cut our product usage by over 50 percent and allows us to do a better job. Use the magic of microfiber to save money, waste less, and accomplish more.

Recommendation: Have at least 24 microfiber towels and 10 mop pads for your floors and follow the care instructions carefully.

There are some outstanding homemade recipes to make your own cleaning products.

Recommendation: Tinker with ratios to meet your needs and avoid residue on your surfaces.

6. Use the right tools and techniques. Elbow grease has no environmental impact

Using microfiber, with the correct tools and equipment, can minimize the amount of time and cleaning products used.

Recommendation: Buy the more expensive tools, brushes, vacuums, etc. Not only do the cheap ones not work as well, but their disposal and repair can be wasteful. The better tools almost always save you money in the long run.

As I try to live by this at home and in my business, there is one rule of thumb to help in making decisions that are actually better for the planet.

"If it creates unnatural waste, then it's bad for the environment."